A friend had just moved to a place which holds many memories for me. I hadn’t been back to this town for many, many years. I had lived close by at one time, and produced art, selling to shops on the main strip. I would be up all night, painting and writing poetry to take in my trolley the next day. After I had visited my lovely people, I would go to a little florist shop, who would sell me the last bunches of flowers at the end of the day. The florist insisted on only taking a few dollars. My home would be filled with the aroma of roses and lilies for the next week, then the ritual would be repeated. Listening to the buskers in the outside mall, sipping coffee and eating organic fruit… Such lovely memories.

The memories which overshadowed the above were dark indeed. I was raped in this town at fourteen years of age, on a blistering summer’s day, by the river. I had to board a bus back to the clinic with the creature responsible… Years went by-years of difficult recovery-and there I was, selling my art in this town. I was having my coffee, listening to the buskers in the mall, when I saw him. He had already seen me, gazing at me through his sunglasses. I could feel his eyes, as reflective as oil-slicked puddles, reaching out to me. My chair tipped over as I instinctively ran. I was fourteen all over again. I locked myself in the ladies toilet, crouching down as he banged on the door. He wanted to talk. I sure as hell didn’t. I remained there until I heard my name called by the friend I had been with. The coward slunk away. I never went to this town again, after uncovering he was living nearby. It wasn’t the last I heard from him, though it was the most traumatic occasion.

I ended up having to leave Sydney for a time, a decision the police supported. My life went on a different trajectory; you could call it being rail-roaded. It felt peculiar to be back in the same mall the other day. Nothing had changed! The gum trees were still present, as were the buskers. The little florist shop was open, as was the book shop I used to frequent. I took deep breaths, the memories (of which I hadn’t told my friend), flooding my brain. I felt the pressure building. We stopped and had lunch, and as I sat outside with my friend, her husband and our kids, I had an epiphany. If I saw him today, I wouldn’t run. I would face him, challenge him, and he would be the one to bolt. I am not locking myself away anymore. With that, I once again became the young artist who sold her paintings to shops, and filled her house with flowers each Saturday. I came back for her. All the things he had commanded I couldn’t have-an adult  life, a child, my legs, my sanity- were on proud display. I walked back to the car, holding my daughter’s hand. 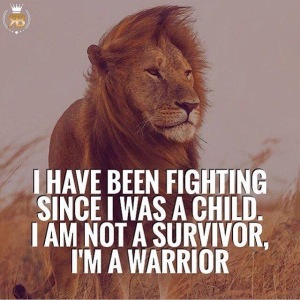 I love this suggestion! Being single can be incredibly lonely at times, with one going days without talking to another adult. However, let’s not wait to be celebrated (and we certainly don’t need a day reeking of tokenism to confirm our worth). Dress in a flourish of red, and get out into the world!