My daughter and I were delighted to attend The Love is Huge by artist Jodie Whalen. We had no idea what to expect. We discovered the following on our seats;  a pink flag, a party popper and instructions. We were asked to surprise a man called Heath by waving the flag and cheering when he arrived in the theatre. We certainly did, and he blushed and laughed, before sitting on the stage. Jodie came sauntering out in a gorgeous gown, and took us through a thirty minute performance. It was her declaration of love to Heath, and was intimate and profoundly moving. Much to my surprise, I found out that it was Jodie’s first time singing in public. During the finale, we set off our party popper’s and applauded as scores of pink balloons (with Heath’s photo on them), were released from the ceiling. My daughter was enchanted by the performance, even though she posed like this for my photo. “Romance, yuck!”

We then made our way to the 21st Birthday party of Casula Powerhouse  (as a designated art space). It is an extraordinary place; large and filled with hope. David Capra did a splendid job of curating this event. There was techno music, a huge birthday cake, photo booth, karaoke, performers and more artists than there are angels spinning on the eye of a needle.

Artists are the dreamers, the visionaries and the ethereal of this world. Stepping into their realm is akin to splashing iced water on your face and falling asleep under the coercion of a fairy potion.

To our delight, on Sunday, there was a Blessing of the Animals at Ashfield Uniting Church with Bill Crews. It was organized with WLPA, the World League for the Protection of Animals. It was a service which greatly resembled an episode of the Vicar of Dibley. There were cats and dogs, ducks and guinea pigs. If I had known it was on prior, I would have brought our pets along! It was a very moving service, and we said a prayer for a lady who had lost one of her little dogs to old age that very morning. The hardest part of having animals is found in the dreadful day that they die. 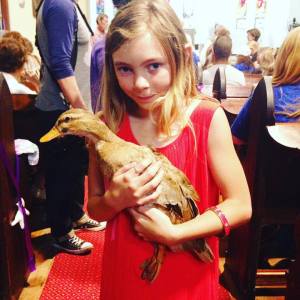 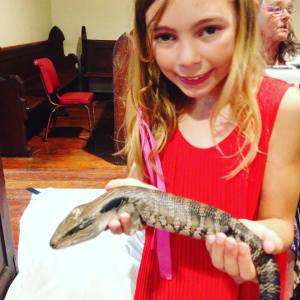 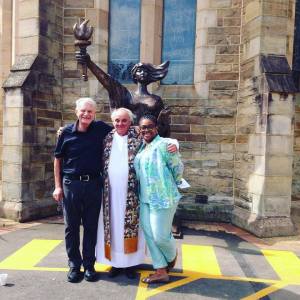 It was a beautiful service, filled with love, for both the humans and animals. A majestic Police Rescue Dog made his voice heard by the end of the service. Bless the animals of this world. They have a lot to teach us, as my canary taking on an Indian Miner bird (from behind the safety of the window), can attest.

5 thoughts on “The Weekend”