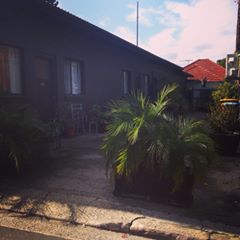 This could take a while! I lived in the Western Suburbs of Sydney as a child, and then (in order):

Guildford-I rented a room from a friend. There were three families living in one little house!

Balmain-I rented an old stable here. It was converted into a series of one bedroom flats.

Katoomba- I lived in two different houses, though eventually came off the mountain as the cold affected my breathing.

St Peters-I had a terrace.

Hurstville-I rented a lovely old three bedroom house which was knocked down in the name of progress.

Sans Souci-I lived in a rat-infested house where some of the walls were patched up with cardboard and the hot water system was designed for a shed, not a house!

Since then, I have lived in many other homes. Some lovely, and some nightmares. I really believe that each move is a step closer to my forever home!