A few years ago, I interviewed Dr Schwarz, an inspirational man.
From 1975-1984, Dr John Schwarz was the medical superintendent of a mission hospital in South Africa. The light radiating from those he tended,the hypnotic pull of burnt sienna sunsets and stars peering through a velvet cloak, saw Dr Schwarz and his family fall in love with the country. He eventually set up a medical practice on the outskirts of Sydney, and made a trek back to South Africa. Dr Schwarz knew of the AIDS crises, but when he and his son’s toured medical centres, the situation made its way into the fibre of his being. The trio documented the indelible trail of grief and anguish they witnessed. 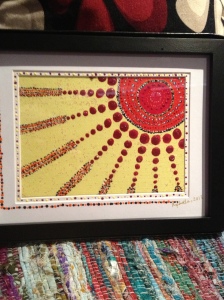 “In 2002, three million people died and over five million more were diagnosed as being HIV positive. There are now 13 million orphans. Little boys become thieves to survive; little girls, prostitutes.”
When people saw the documentary, they were so moved that money was donated. Dr Schwarz formed the African Aids Foundation as a result of this goodwill. The funds go to God’s Golden Acre, situated in Cato Ridge. Heather Reynolds, a South African nurse, tends to the orphaned children, and assists families when children struggle to provide palliative care.
“Palliative care entails these children feeding, washing and taking care of all the daily requirements of their ailing parents. I went to a home where the kids were cooking their mother a solitary potato. The mother was taken to a mission hospital and given vitamins and proper care. She survived another six months. When she died, Heather Reynolds took her children in. Young adults and babies are those most affected, with young women suffering more than young men, as it is easier for them to contract the disease. The average age of sufferers is between 20-40 years of age. We may feel that this problem doesn’t concern us, but Africa is only an eleven hour flight from Australia. These people are no different to us. The parents and grandparents love their children, just as we love ours.”

At the time of my interview with Dr Schwarz, Heather Reynolds was able to care for around 90 children full-time. God’s Golden Acre assists 1000 children through regular visits, food parcels, clothing and medical care. They dream of expanding their refuges, their paediatric hospice and their skills training programmes. to support the work of the African AIDS Foundation, go to African AIDS Foundation on Facebook, or visit http://www.africanaidsfoundation.org.au