I visited a friend on the other side of Sydney recently,after receiving a message. She had been suffering excruciating pelvic pains, and tests had revealed that she has extensive endometriosis. I made a massage blend to provide comfort to her abdomen and lower back, and grabbed my folder filled with reams of information- gathered from a decade of research-to give to her. Her story is sadly common amongst endometriosis sufferers. She started her periods early, and from the start, they were excruciating. She was misdiagnosed as having IBS, and the resulting diet and medication did nothing to alleviate her symptoms. To make matters worse, she had extensive adhesions, as a result of a burst appendix at eleven. A laparascopy had been ordered, and though they found a mass of endometriosis, they failed to tackle it. As a busy mum, it had now gotten to the point where her quality of life was massively impacted, and something had to be done. She has endured twenty years of seeing doctors, being prescribed the pill to alleviate the cramps, been misdiagnosed, having nothing show up on ultrasounds, and then diagnosed without treatment. She is facing huge costs in order for a gynacologist who doesnt specifically specialize in endometriosis to have “a go” at operating.

My endometriosis journey began at age eleven, when my periods started. They were excruciating and a gynacologist put me on the pill, which did nothing to help. The disease didn’t show up in ultrasounds, and it was suggested that I had a phobia regarding my periods, and was ‘hysterical!’ For at least two weeks every month, I was in agony, and often had to go to hospital for pain relief. I was desperate for somebody to understand, and tell me what on earth was happening. I felt very alone. Endometriosis was suggested when I was twenty, and I was given a shot of a drug made with progesterone. I was told that it was one of my only options to preserve my fertility. The next year was hell. I bled profusely, my stomach swelled and I had continual pelvic pain and migraines.

Twelve years ago, I sought the opinion of an orthopaedic surgeon about my lower back pain. My spine had been severely damaged at fifteen, and I had quite a few operations on my back to keep me walking. After I explained that the back pain became unbearable the week before my period, and started to ease the week after, it was suggested that I may have endometriosis. I was referred to a gynacologist, and he booked me in for a laparoscopy. During the lap, the disease was found throughout my pelvis, in balls the size of oranges. This doctor burnt off the disease. When I went back to him for the post-op consult, I was doubled over in pain. He told me that I was fixed, and disregarded my concerns about my fertility and ongoing pain. He wrote a script for the pill and sent me on my way. I collapsed a month later, and sought out an endometriosis specialist. When he operated, he found scores of blood-filled cysts and extensive disease underneath the scarring (the aftermath of some of the disease being burnt off). He had to perform a radical excision of the endometriosis, to seperate it from my uterosacral ligaments and ureter, amongst many places.

Straight afterward, I decided to start IVF, as it was the optimal time, whilst I had a clear pelvis. Once again, I faced ignorance regarding endometriosis, and was put on drugs that encouraged it to grow at lightning speed. I had to be carried into emergency and was put in the maternity ward for two weeks, whilst they treated me. I was told that these particular drugs were like pouring fuel onto the disease and striking a match. I changed clinics, and with a different drug protocol, I flourished. Despite only getting one follicle, I fell pregnant and my daughter was born. I was so used to being in a great deal of pain, that I had no idea that I was in the late stages of labor when I finally went to hospital! Apparently, that is quite common with women suffering endometriosis.

When my daughter was a few months old, the disease came back with a vengeance, and I had extensive surgery. When she was three, I had another operation, and nearly lost my life. I was taken back to theatre after I bled out, and had life-saving surgery. As a result of the trauma, I went into early menopause. It has been an arduous, lonely journey, and I would hope that pelvic pain in girls is now taken seriously. Endometriosis should be suspected if a girl complains of severe period pain. Go straight to a gynacologist who specializes in endometriosis. The difference in outcomes can be astounding. My friend is saving to have the surgery to give her back her life. Even with being in a private health fund, the out-of-pocket costs can be in the thousands. I stored my daughter’s cord-blood when she was born, such was my terror that she may be diagnosed with the disease one day. It gives me peace of mind that her cord-blood may one day prove useful in the event of an endometriosis diagnosis. For further information, go to the Endometriosis Association of Australia Facebook Page. March is Endometriosis Awareness month, and it’s colour is yellow. Let’s paint the town this sunny hue, living in hope that our little girls never have to suffer in the manner their mothers and grandmothers did. 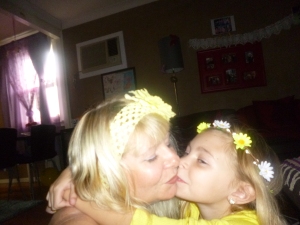 Endometriosis and infertility were the worst experiences of my life. This from a lady who was thrown off a building as a teen! I started to experience pelvic pain at eleven years of age, and often ended up in hospital. I would vomit and scream from the agony. Pethidine rarely touched the sides in casualty. I saw gynecologist’s who said the pain would settle, and I had ultrasounds, which showed nothing. I was on the pill by fourteen, which did nothing to settle the pain. I wasn’t diagnosed until my mid-twenties. I saw a new spinal surgeon and mentioned that my lower back and sciatic pain ramped up the week a period. He asked my GP to refer me to a gynecologist with the belief I had endometriosis. Indeed I did. It was the size of oranges, clumped together outside my bowel, bladder, and pressing against my sciatic nerve. The first surgeon burnt it off, which caused blood-filled cysts. Within six months, I was in such agony I had to see an endo specialist for further surgery.

I was told I was infertile, and I declared I wanted to try IVF immediately, whilst I had a clean pelvis. The IVF clinic knew little about endometriosis, and the drugs I was on made it flare up, rather like pouring petrol onto a fire. I ended up in a maternity ward for a week on morphine. I had two more cycles with this particular clinic, before changing. The new place honoured my gut instincts as to what drugs I should be on and those I couldn’t tolerate. I fell pregnant! I felt the best I had since I was eleven, even with the extra pressure on my fused spine. Within months of my little girl being born, the endometriosis came back. It was everywhere. I had my daughter’s cord blood stored when she was born, in the hope that she will be spared this cruel disease. They are discovering genetic links and also that it is an auto-immune disorder.

I had more surgery, then went onto drugs to trick my body into thinking it was in menopause. With already weakened bones, I slipped over and broke my back in three places. I had to give up the medication. I spent thousands on alternative therapies. I exercised each day,and had a vegetarian diet but despite all my efforts, it raged. I wanted to give my daughter a sibling, and to feel as well as I had when pregnant with her. In 2010, I went in for more surgery. The doctor severed the main nerve to my pelvis, hoping it would provide pain relief. Once again, it was everywhere. I woke in my room, felt dizzy and fell to the floor. I looked at my stomach and it was beet-red. My blood pressure had dropped rapidly by the time the nurse ran in. I was haemorrhaging. I was pumped full of blood and doctors stayed with me overnight as I wasn’t stable enough to go back to surgery. The next morning, they operated and they found the bleed. It was a slow recovery, and a traumatic one.

When I saw the surgeon, he retrieved a photo he had taken of my fallopian tube, wondrously ovulating. A little egg was present, perfect and waiting to begin its journey. I cried. You see, straight after surgery, I went into premature menopause. I couldn’t have another child. My bones are fragile, and I face twenty years of not being exposed to natural protective hormones. If I take HRT, it could well feed even a pinprick of endometriosis in my pelvis. Endometriosis has made me really unwell at times and brought me to my knees. I am determined that my daughter’s generation shall have better treatment options, be diagnosed promptly, and have better outcomes. Let yellow rule the month of March! 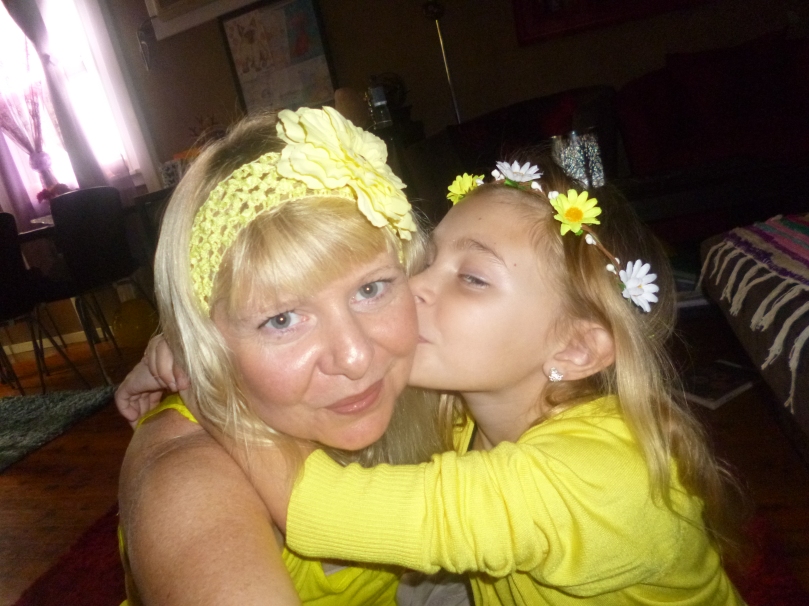