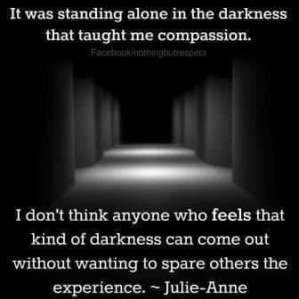 I have existed in many rooms throughout my life, and have lived comfortably in others. I had ballerina wallpaper in one, and the dancers had no faces. No eyes with which to see out of, nor mouths to scream with. There have been many hospital beds, and places in ICU. I have been in several rotor beds, which turn you and help you to get used to being upright again. I have shared rooms with three others and had my possessions rifled through. Throughout the night, I got used to sleeping with one eye open. At fifteen, when I feared my life was coming to an end, I had a solitary room down the end of a dark corridor, a bare globe offering a garish, dull light. It was freezing cold, and I had an essential oil ceramic pot near my bed to disguise the putrid smell of mould. There was the room in a refuge, a large space filled with bunks. The kids would voice their fears as to where they would go once they reached the maximum time allowed at this temporary facility.

I have rattled around a room with a wallpaper motif of guns. I had a soundproof space and I would look in the dresser mirror, and study my scars. I lived in a little room at eighteen, with a donated table. My bedside table was an upturned box I had painted. It was stifling hot and loud, the residents of the share house keeping a radio on the other side of the curtain separating their space from mine. The next room was in a series of old horse stables, made from stone and converted into bedsit’s. My landlord was called Moses, and so I found myself living in a stable, Moses collecting the rent by tapping on the window each Saturday morning! There have been rooms where sleep wasn’t had, and flashbacks were frequent. There have been rooms where I recuperated after surgery, crutches and wheelchairs, braces and walking sticks crowding the corners. My favourite of all the rooms I have known is my current one. Women being treated at Catherine Hamlin’s Fistula Hospital in Ethiopia knitted the blanket on my bed. A glass lamp I found on the side of the road offers light. The exercise equipment I use to keep my bones strong is strewn around, and crystals and books are gathered, along with makeup in all the colours of the rainbow. It is a well-ventilated and quiet retreat, and my favourite place to write. I can rest my spine whilst I do so. After so many dark, dank and depressing rooms, I finally have a space where I can rest, dream, recuperate. It is important to have a room of your own. Oh man, the places you have to trawl through before you get there!

2 thoughts on “The Rooms I have Lived in…”