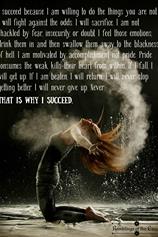 I have slowed down, and my brain (and life) are better for it. I am actually letting myself feel the physical pain that I endure. It hurts, but it is real. It appreciates being felt. I am still limiting my caffeine intake and exercise in the sunshine each day. I am eating regularly and acknowledging feelings as they come up. It hasn’t been as overwhelming as I feared.

A production crew are shooting the next season of the excellent series Changing Minds in the district I live in. It will be shown on the ABC later this year. A beautiful mum I know was interviewed the other day by the crew. She was so brave as she turned her face to the winter sun and talked about her depression. How it felled her, and how she is making her comeback. I was in awe of her. The production crew impressed me with their sensitivity and empathy. The mental health sector needs more funding, and it needs it now.

I well remember when I searched for help for a loved one several years ago. I was frightened for them, that they may not make it. Time was of the essence. There was a procession of psychologists, doctors, scans, blood tests, and diagnosis’. Some believed this person had an adrenal issue, others believed it was hormonal. Still others believed it was depression. There were about ten different diagnosis before bipolar was diagnosed. I was left to sort through all the information as this person was too ill to do it themselves. Alternative health practitioners became involved in case it was dietary. You will try anything when you are so ill. The person became sicker. I turned to a church who offered counselling. I was asked whether this person’s family had ever been involved in the Masonic practice. I was bemused and asked  what this had to do with mental health. I was told that curses can be carried through bloodlines. I was aghast that no practical help was offered. It made this person become more insular, to everyone’s detriment.

Finally, a mental health service opened in our town. A place I was able to get to easily and which was free. As a support person, I was going down, and these people could see it. I was given excellent advice and was able to remain on an even keel whilst helping this loved one. I looked forward to my visits, and finding a workable way of life, for myself and this person. I rang to make an appointment late last year, only to find that this service had closed. The local mental health unit do their very best with limited resources. It is immensely frustrating and heart-rending for the staff. It took years for this person to reach a proper diagnosis. I am so thankful that they held on for it. They are stable, though their grip on life can be tenuous. I look forward to watching the next season of Changing Minds. I look forward to hearing from the dedicated staff, who do their level best in a system plagued with funding cuts and politics. I look forward to hearing the stories of the clients, who have been through hell and keep paddling. You all amaze and astound me with your iron will. There is something inside that makes you hold on; the promise of a beautiful future filled with restful sleep and wondrous times. Keep holding on.